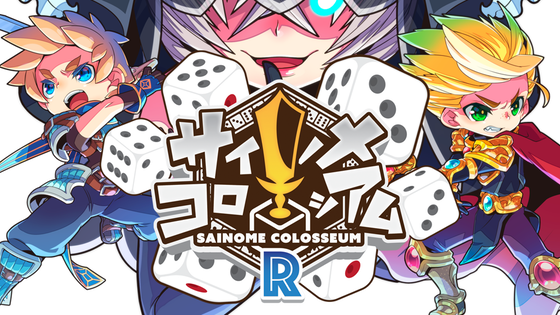 We have just over three weeks left in Sainome’s campaign, and we’re on track to meet our funding goal! This is excellent news, and we want to celebrate by posting the third installment in our Character Spotlight series, where we take a quick look at each of the ten core heroes of Sainome Colosseum R.

It’s important to note that each of these fighters comes with their own short backstory as well as their own unique abilities and attacks. In Sainome Colosseum, each character has a Normal Form and a heightened Awakened Form. The latter form is an ultra-powerful version of the character that they can transform into once certain conditions have been met; this form allows them to utilize a brand new set of powers to really lay down the hurt on their opponent.

Today we’re revealing the abilities of the game's bow-slinger: the One-Eyed Bowman (Normal Form) and the Crimson Sniper (Awakened Form).

Below you’ll see both Forms' abilities.

As seen above, the One-Eyed Bowman/Crimson Sniper is all about burst damage. But to achieve such power, the player must have the right cards equipped in order to fully and effectively dish out that punishment. This, in turn, makes the character a more luck-dependent fighter than most in the game. As a result, players could end up doing big damage and ending the match quickly, or they could struggle to do any significant damage if they aren’t regularly pulling Longbow or Crossbow from the Common Deck.

That being said, while the One-Eyed Bowman's a little slow to awaken, once he finally does evolve, the “Snipe” ability is an awesome, non-conditional skill to utilize to ensure that your attacks hit and hit often. Thus, opponents need to be mindful about not giving the Crimson Sniper room to breathe; after all, if he’s provided enough time to work through the Common Deck to find those bow cards, the game’s all but over once he attaches them. One strategy to try out when fighting against Bowman/Sniper is small, sustained damage until he’s near 5 HP and then unleashing a big attack to knock him out before he gets a chance to pull off those game-ending plays. But the real fun comes from discovering your own strategies! So be sure to try out all sorts of tactics once you get your hands on the game!

Well, that'll do it for today's update! Thank you again to everyone who's checked out the campaign and backed it; you all are the absolute best!

And don't forget to keep spreading the word about Sainome Colosseum R!

We come with the greatest of news today: Sainome Colosseum R has hit its funding goal! THANK YOU so incredibly much for your support; you all are beyond awesome and are the reason we are now able to bring Sainome to the English market!

But let’s keep the momentum going! We’ve got some stretch goals already lined up and on the campaign page, and ever since first posting those, we’ve been brainstorming more! Below is a quick look at our current stretch goals, and as you can see, we're not very far from unlocking the first one! So let's keep shouting Sainome's name from the rooftops to smash through these babies!

We have worked so hard on Sainome over the past 8 months. We are overjoyed to share the game with you all, so again, thank you, truly, from the bottom of our hearts.

We're back with another update, and much like yesterday's, it's one of great news: We have officially unlocked our first stretch goal!! We continue to be blown away by everyone's support of Sainome, so thank you so much!

When we first launched Sainome's campaign, several folks asked for an upgrade to the dice included in the game; they wanted dice that matched those seen in Sainome's logo. We liked the idea and in turn, took it to the Japanese designers to see if they would allow us to upgrade the dice (something our contract had previously prohibited). However, they were super open to the idea and gave us the go-ahead, and thus we reached out to our printing company to get a quote. And so here we are.

So what does this mean? Well, having met this first stretch goal, all copies of Sainome Colosseum R will now include upgraded dice—these will be white dice with black pips, with a single red pip to reflect the dice seen in the game's logo!

We're excited about achieving this first stretch goal, so again: Thanks, everyone, for your support and for sharing Sainome's campaign with your friends! We've seen a ton of folks retweeting and sharing our posts on Twitter and Facebook, which is absolutely amazing. Let's keep it up and unlocked some more stretch goals!

We’re about a week and a half into the campaign and we’re closing in on 85%, so as always, thank you for your support!

We’re back with the second installment in our Character Spotlight Series, and today we’re focusing on one of our favorite characters, the Gentle Priestess/God Slayer! As a reminder: each of the game’s fighters comes with their own short backstory as well as their own unique abilities and attacks. It’s important to note that in Sainome Colosseum, each character has a Normal Form and a heightened Awakened Form. The latter form is an ultra-powerful version of the character that they can transform into when certain conditions are met; this form allows them to utilize a brand new set of powers to really lay down the hurt on their opponent.

The Gentle Priestess/God Slayer is super powerful but a bit tricky to play, because everything is dependent on what cards you draw and how you're mitigating damage or letting it through intentionally so as to awaken. This is not a newbie-friendly character. It requires a good amount of forethought and an actual gameplan and is best avoided by those who just want to play on autopilot. But, in the right hands, the Gentle Priestess/God Slayer is nigh unstoppable. One of the best strategies when playing against someone who's fielded her is using cards that limit what she can equip and making sure to avoid small attacks. One of the best approaches is hitting hard. This way, you're forcing her to discard all attached cards, taking away her attack potential, or you're putting up big numbers, which offsets the cost of her awakening when taking damage. The last thing you want to do is hit her for 1 HP so that she awakens the God Slayer and then she hits you with One-Shot Massacre.

Alrighty, that will do it for today’s update! We hope you all are digging these Character Spotlight entries, and remember to keep spreading the word about Sainome Colosseum R. We’ve gotten this far on word of mouth and a grassroots marketing campaign almost exclusively; so thank you for everything you’ve done to get the game out there!